A printing "ghost" is an unwanted image resulting from the printing system itself. There are basically two kinds: mechanical and chemical.

Mechanical ghosts are usually visible as soon as the press sheet lands in the delivery section of the press. There are three types of mechanical ghosts: starvation, blanket, and plate.

A "light print ghost" appears in large solid or dark halftones either as a light or dark image of another part of the press form. It is caused by the layout of the press sheet elements combined with the limitations of the press inking system. 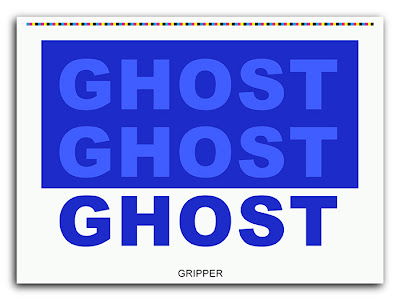 Strategies to avoid this problem include: rotating or "cocking" the press form relative to the press sheet so that the graphic elements are no longer in the same inking zones, changing the imposition or design to eliminate the problem, running the job on a larger press with greater inking capacity, making sure that water levels are run at a minimum, running on a larger press sheet and adding "take-off" bars - graphic elements - in the non-live image area of the sheet to even out ink usage. 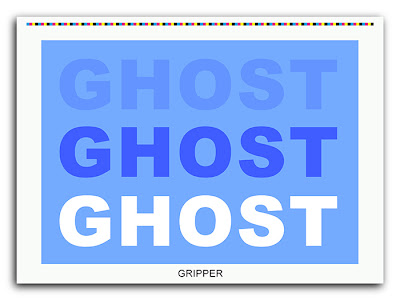 Dark print starvation ghost.
This is the opposite of a light print ghost. Here, the knock out can cause excess ink to remain on rollers in the reverses causing a dark image of the graphic to appear in the large solid.

A "plate ghost" or a "blanket ghost" appears when graphic elements intrude into the printing as latent images. 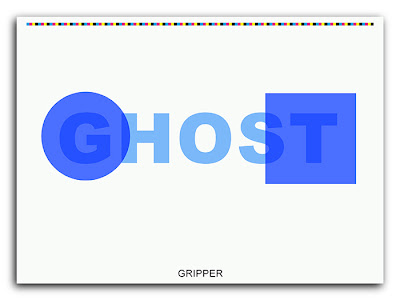 Plate/blanket ghost.
This problem usually occurs on multicolor presses where the press form on one of the color units sensitizes the plate of the following color unit. Proper desensitizing of the affected plate and ink adjustments should correct the problem, however, sometimes the plate and/or blanket may need to be replaced.

For what it's worth? The how, why and when that I've used ink take-off bars in the past.

Solid ink Borders were the most prone to a starvation type of mechanical (ghosting?) in my experience, especially PMS spot color borders.

In my sheetfed experience, often there was a bit of space available for ink take-off bars, our standard sheet size was 19" x 25". Despite there being some space available, ink take-off bars were never used to make a job easier running and nicer looking as a matter of course by anyone other than myself. I employed them as a stripper because I knew that the pressman would appreciate the help (being a former pressman myself), and because I knew it would produce a better printed result.

The type of job that really needs them, doesn't come along all that often, here's an example.

Lets say the form below shows a reflex blue to be run as a fifth color. And lets say that the reflex blue borders will trim out to be 1/2" wide on all four edges. 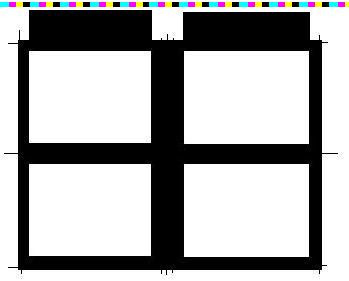 Layout Details
Limited the bleed at both the gripper and tail to 1/16" each. Butted the pages together at the circumferential center line mark and finally shrunk the Color-bar down to 1/8". This leaves 1 7/16" to implement the take-off bars on a 19" x 25" sheet.

Notes As you well know, ink take-off bars are useful with low total ink coverage scenarios as well, but such scenarios have nothing to do with ghosting/starvation. Regardless, prepress failed to employ ink take-off bars in this scenario just as well. If there was no room for ink take-off bars on a job, we did without them, which was essentially "No Change" from what we did in all cases. :)

The iconic National Geographic magazine cover border is a great example of this problem - but uses a different solution. They don't have enough space on the press form to add ink take-off bars, so instead, in anticipation of the increase in darkness at the top and bottom of the picture window, they use a screen tint of the solid spot color in those sections of the border. 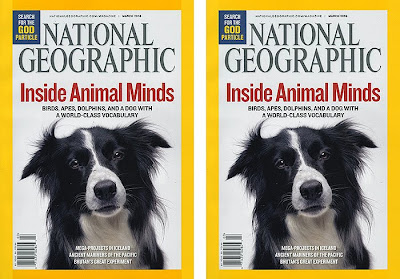 Chemical ghosts are related to the chemical activity of inks as they go through their normal drying process. Their appearance is usually unpredictable and, unfortunately, become evident only after the job has been printed and in the press delivery pile for a period of time.

Chemical ghosts may appear as reproductions of one side, or part of a press form, in the solid area of another part. Their appearance can be erratic - showing up in one area of the printed sheet but not in a similar or duplicate part. They usually appear as a dull ghost on a glossy background or as a glossy ghost on a duller background.

What makes an ink glossy or dull.

When an ink appears glossy, it is the result of enough ink vehicle forming a film on the surface of the paper to provide a smooth covering layer for the pigment particles in the ink.

When ink is printed on a press it goes through two distinct phases:

1 - Setting - the drainage and leveling of the ink vehicle into the paper coating or fibers. This causes the ink to "gel" and become immobilized.

2 - Oxidation - the polymerization of the ink vehicle into a solid mass creating a hard film.

As the film of ink oxidizes it releases gaseous by-products. As a result, the ink printed on the second side of the press sheet can be exposed to the gaseous by-products from the oxidation of the first side if it is printed at a critical point in the first side's ink drying cycle. Those gasses affect the drying rate of the second side ink selectively as the sheets are stacked in the press's delivery. This results in an ink film that has been immobilized at two very different rates, and therefore has areas of high or low gloss which reflect the image on the other side. 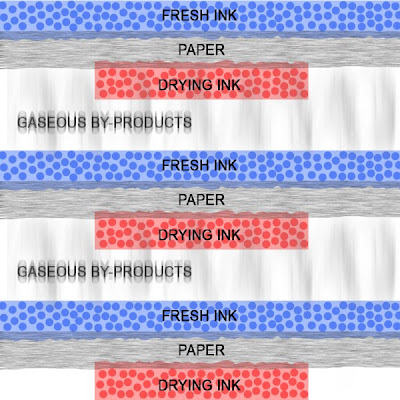 Graphic representation of sheets of paper in the delivery of the press showing gaseous by-products released as the ink dries.
Posted by Gordon Pritchard at 10:48 PM No comments:

Recently the US celebrated two major events - the 100th birthday of Ronald Reagan and the 45th Superbowl football game.

While many people are aware of Apple's historic "1984" Superbowl commercial (spoofed by Motorola's Xoom introduction ad in this year's Superbowl) that introduced the Macintosh computer, few are aware that Apple achieved another advertising coup that same year. In the fall of 1984, Apple purchased all of the advertising space in Newsweek magazine's special edition commemorating Ronald Reagan's landslide win of a second term as President. This was the first, and possibly only time that an advertiser has purchased all the advertising space in a magazine.

Below, for the record, are all the ads from that historic Newsweek issue. 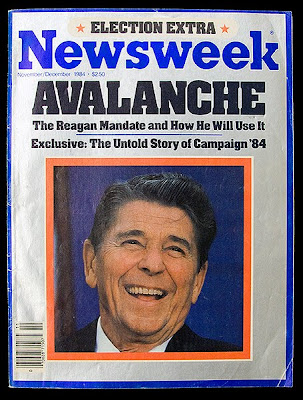 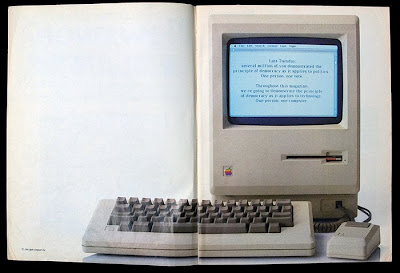 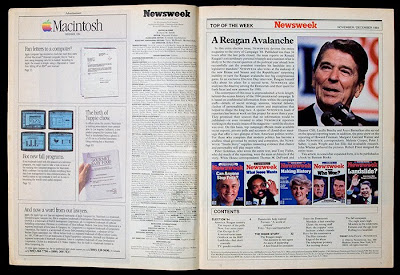 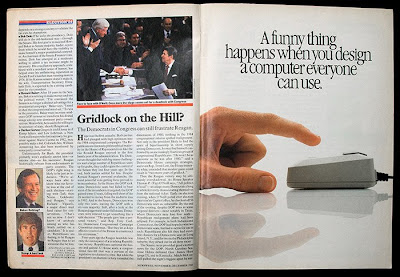 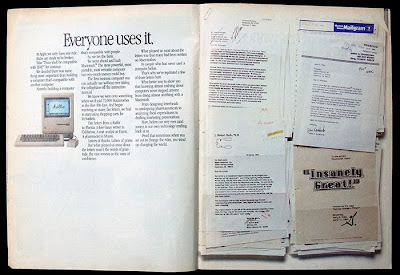 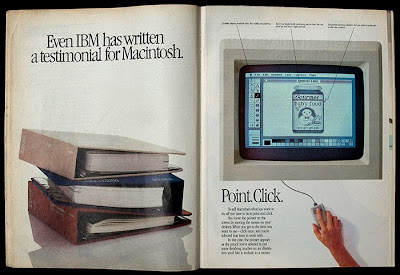 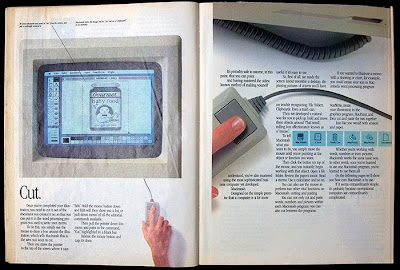 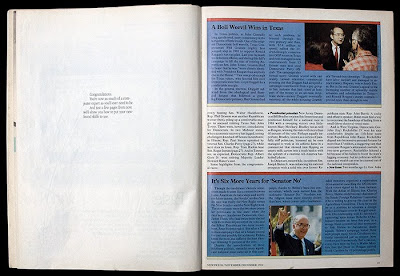 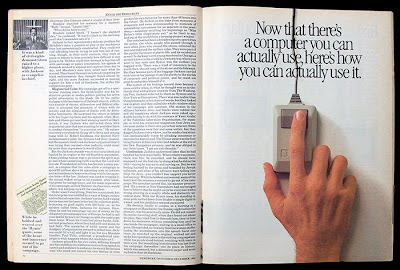 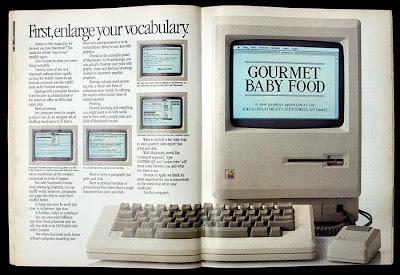 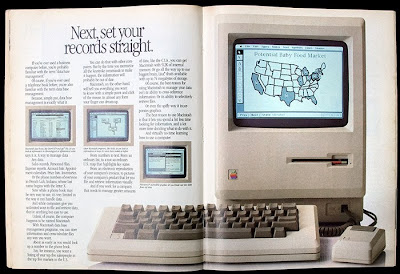 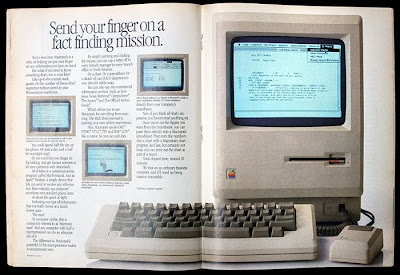 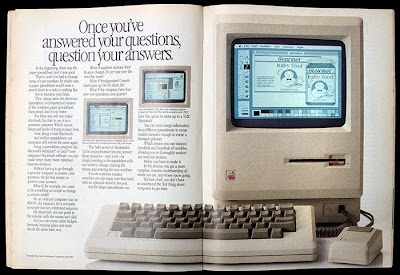 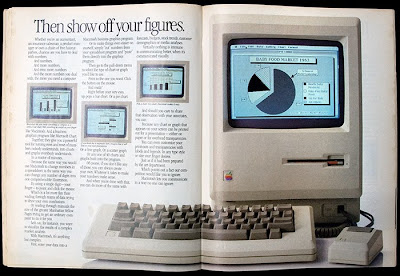 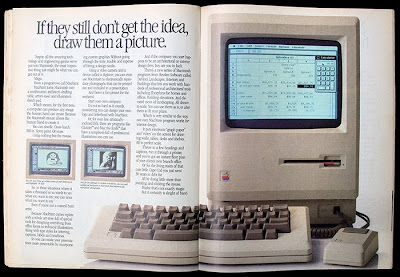 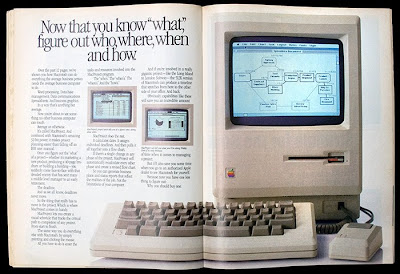 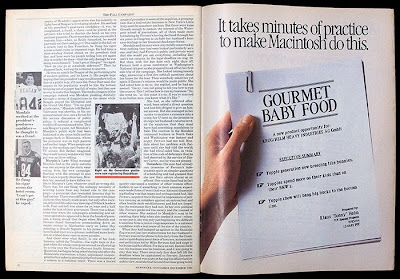 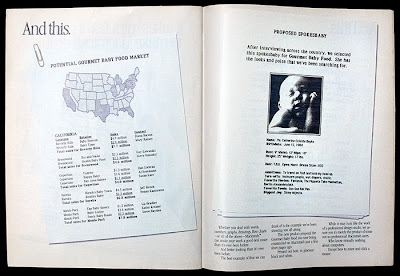 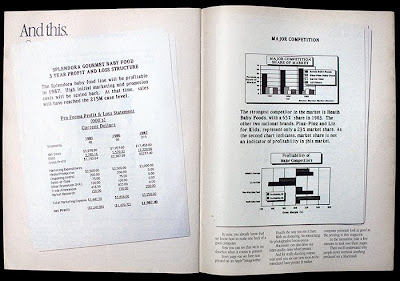 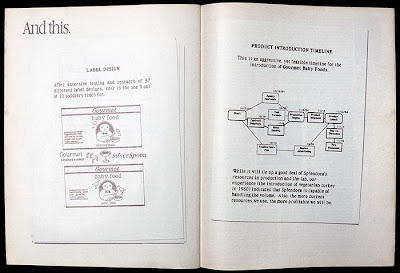 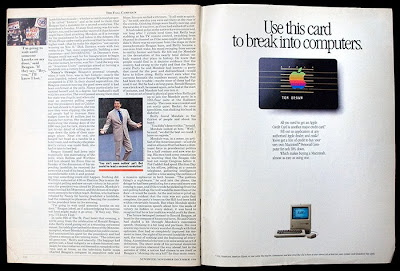 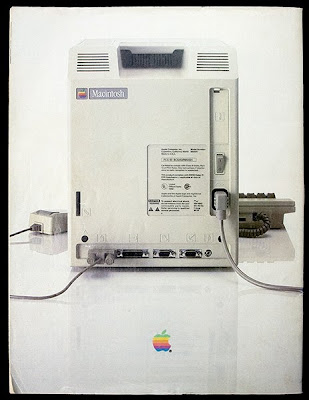 RE:Print – Dealing with the CSR

Posted by Gordon Pritchard at 10:45 PM No comments:

Usually we try to find a graphic arts vendor at a certain location - but sometimes the vendor is the location. So pack your luggage, make sure your camera is loaded with pixels and take a trip to these vendor brand tourist traps.

Dip your toes in pristine placid Agfa Lake located in the State of New York. It's a popular weekend destination since Agfa Lake is a just a short three hour drive from Kodak's headquarters in Rochester NY. Although Agfa Lake bears a similarity to one of the Great Lakes it is not quite on the same scale.

Adobe Arizona is sometimes confused with the much smaller rival town of Double Adobe which is also in Arizona. Adobe has a certain sameness to it that is shared by many Arizona towns. Interestingly there are no working bridges in Adobe.

Canon is a city in Franklin County, Georgia, United States. For some reason there's a great deal of statistical information on the internet about Canon (the city). Population is about 755, and there are 315 households, 221 families, and 361 housing units. The racial makeup of the city was 94.97% White, 2.52% African American, 0.13% Native American, 0.26% Asian, 0.66% from other races, and 1.46% from two or more races. Hispanic or Latino of any race were 1.19% of the population. And on and on and on.
Although it's a small city, it hosts a lot of newspapers including the American Union, The Free Press and the Universalist Herald, the Franklin County Register, and the Canon Echo.

So, despite there being a great deal of Canon printing the name may not always be top of mind when one thinks of print.

Esko is an unincorporated community in Carlton County, Minnesota, United States. Most of the residents are descendants of Finnish, Norwegian and Swedish immigrants who settled the area during the early 20th Century.
In the year 2000, the population of Esko was approximately 4100. For some undocumented reason the population has been steadily increasing over the last several years. Although once Esko gets incorporated that growth may not continue.

Fuji is located on the banks of the Fuji River and enjoys a warm maritime climate with hot, humid summers and mild, cool winters. The city has been home to numerous paper factories including Nippon Paper Industries (former Daishowa Paper Industries) and Oji Paper Company since the Meiji period. It is also known for producing a few well known soccer players.

Heidelberg probably has the largest geographical tourism footprint of all considering there's a Heidelberg Germany:

And even a Heidelberg, Victoria, Australia.

You might say that if Heidelberg is on your itinerary, you've got a complete tourist experience with one destination.

Kodak is actually a very tiny community in Tennessee. There's a street intersection where two different roads cross each other:

And a "Trade Center" 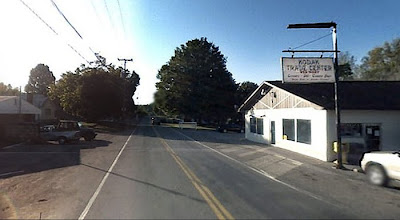 And that's about all that's left.

Screen, in Ireland, is popular with tourists, but it often appears on maps under a different name - which can make travel a bit confusing. Some maps don't list it at all and even satellite images of Screen try to blur the location. 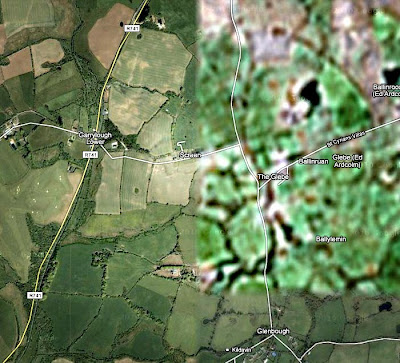 Xerox is a community in Florida that can be a bit hard to find since most communities in Florida are just duplicates of each other while internet travel sites try to point searches to Xerox offices instead.