I received this mailer from the Liberal Party of Canada in my mail today. 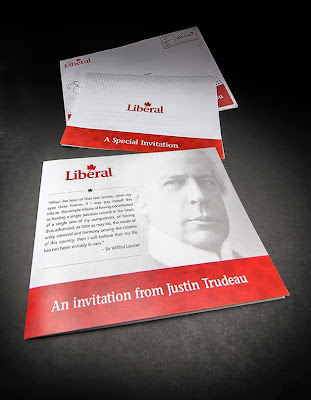 It's a "Special Invitation" to join the Laurier Club for a suggested donation of between $225 and $325. 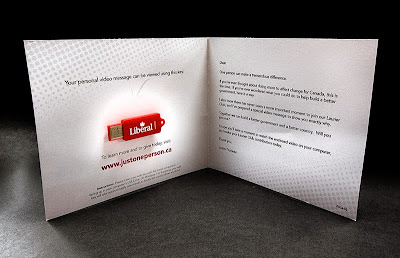 Inside is a "personal video message" which can be viewed by using the enclosed USB stick. 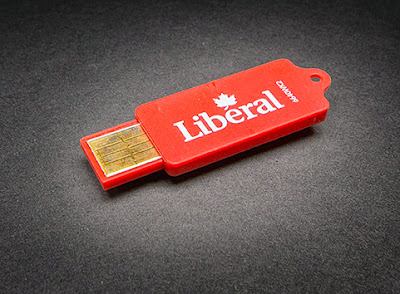 To my surprise the "personal video message" was identical to the one that could be viewed at the URL listed just below the attached USB stick. So, the Liberal Party marketeers created a very expensive way to communicate a simple URL. Also, because the USB stick does not show up as an attached device on the user's computer desktop - it can't be reused for any other purpose.

Posted by Gordon Pritchard at 11:04 AM No comments: