When a tone value is requested, for example, in a page layout application: 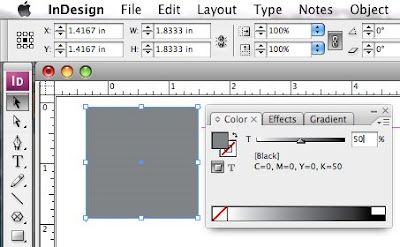 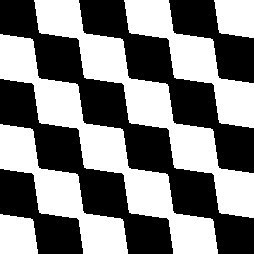 which is then imaged onto a printing plate 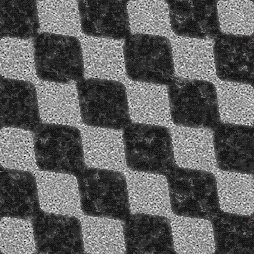 which is then inked 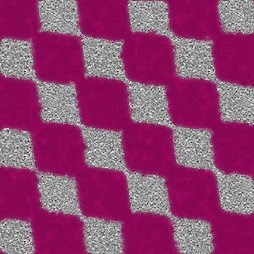 and, in the case of offset printing, transferred under pressure to the blanket 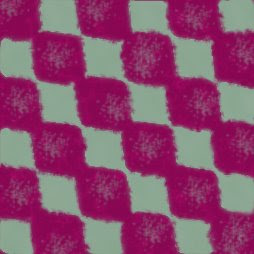 from which, again under pressure, the inked dots are transferred to the substrate – paper in this example: 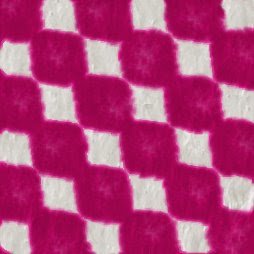 As the halftone dots move through each stage of the process they are altered slightly. "Dot gain" is the term that is used to describe the difference between the requested tone value in the original application file and the resulting apparent final tone value on the substrate as measured with a densitometer. In a film-to-plate workflow, the requested tone value is usually considered to be the tone measured on the film, rather than the tone requested in the application.
Dot gain is inherently neither good nor bad, it is simply a characteristic of a process that uses pressure to transfer an ink to a substrate.
By convention, total apparent dot gain is an incremental, or add-on, increase in apparent dot area – not a multiplier. For example, 18% dot gain means that the tone value, e.g. 50% on the plate has resulted in a 68% tone value in the final presswork (50% + 18%) rather than 59% (50% x 1.18).
Traditionally, dot gain is used as a process control metric, i.e. for a given tone request there is an expected, target, apparent dot gain value – e.g. for a requested 50% tone the expectation is the presswork will gain 18% resulting in the 50% request measuring 68% on the press sheet. If the target dot gain is not achieved then the print process is examined to determine the cause for failure. 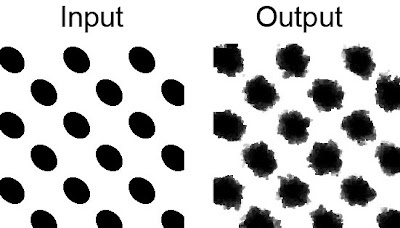 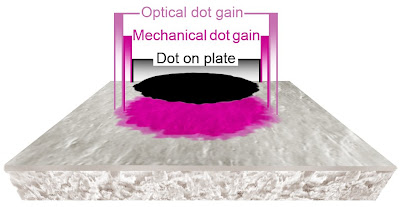 The physical and optical dot gain combined are loosely referred to as "dot gain" and, although a reasonably appropriate term, it can be misunderstood and misinterpreted. "Tone value increase," or simply TVI, is a more appropriate term that better describes the over-all effect and is a term gaining in popularity. From a measurement point of view dot gain and TVI are identical.
Because of the optical gain component, it is not possible to directly measure dot gain/TVI. The method most commonly used involves using a densitometer to measure and compare a patch of solid ink (100%) to a specified tone patch (e.g. 50%) with the application of a formula to calculate the total apparent dot gain/TVI.

Because of the complexity of dealing with the non-linear mechanical and optical components of dot gain, many formulas have been proposed to calculate total dot gain/TVI, including; the Demichel/Neugebauer equations, the Murray-Davies equation, the Yule-Nielsen equation, the Clapper-Yule equation, the Huntsman model, etc. Currently, the most popular equation, although faulty, none the less is the one that is built into most densitometers - the Murray-Davies equation. Since different formulas give different results, the important thing is to make sure that when discussing dot gain/TVI values, the formula that was used is also communicated.

Historically dot gain/TVI target values for presswork were provided for the 50% tone only. These values, for a 175 lpi halftone screen were: C 20%, M 20%, Y 18%, K 22% at their appropriate solid ink densities. Unfortunately, defining a single tone value as the target for dot gain/TVI does not indicate the actual appearance of the actual presswork.
For example, here is the theoretical print characteristic plotted using only the published 50% dot gain/TVI target values:

However, measuring and plotting dot gain/TVI at several points through the tone scale defines the "print characteristic" and provides a much more effective appearance-based target for the presswork. Here, based on an actual press run using a 175 lpi AM screen, is the print characteristic targeting the same published 50% dot gain/TVI target values:

In order to achieve better alignment between proofs and presswork as well as presswork from different locations, industry standards and specifications are increasingly adopting appearance-based targets (i.e. a specified print characteristic) for press work. The goal is not to achieve a specific dot gain/TVI at a single tone, but to target the tonal print characteristic irrespective of what dot gains/TVI values are needed to achieve it.

to make use of dot gain/TVI curves applied in plate making to align their presswork appearance to the industry target/standard/specification.

Dot gain/TVI can provide more than just the print characteristic, it can also reveal issues with ink transfer. In this example, plotting the dot gains through the tone scale:

shows that although the 50% gains are within specification and produce correct grey balance, there are issues with ink transfer in other parts of the tone scale, and hence this print condition should not be characterized/profiled until the on-press issues are resolved. One of the characteristics of proper ink transfer in CMYK presswork is when all four dot gain/TVI curves have a similar contour, are clustered together, and are smooth as in this example:

Having a documented standard for dot gain/TVI also helps print production to forensically determine whether a color shift (as in the right side of this image): 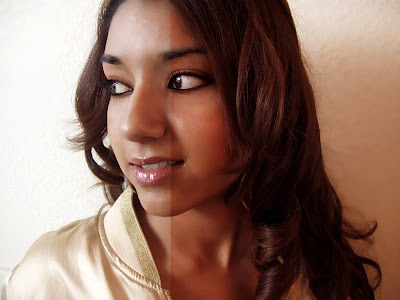 Some of the factors that cause dot variations (dot gain/TVI):

Below are the historical dot gain/TVI value (and SID) targets for different classes of presswork. These values are based on densitometers set to Status "T" black backing, measured dry.