"DPI" and the misuse of graphic arts terminology

The prepress and press worlds are some of the worse misusers of terminology with the all too frequent resulting confusion in sales, marketing, specification, and production. Here is one of the most misused: "DPI" (or as it is spoken of in the rest of the world: DPCM).

"DPI" - Dots Per Inch is a term used for a variety of things that properly speaking it shouldn't.

DPI - when used to describe the resolution of a computer to plate imaging device or filmsetter. E.g. "This is a 2400 dpi CtP device."

Note that they are all 2,400 dpi - that is that they all can hit the target location (address) with their beam of energy - however the exposing spots of energy are all different sizes, in this example ranging from about 2 microns on the left to about 30 microns on the right.

Resolution vs addressability is explained in more detail by clicking HERE. 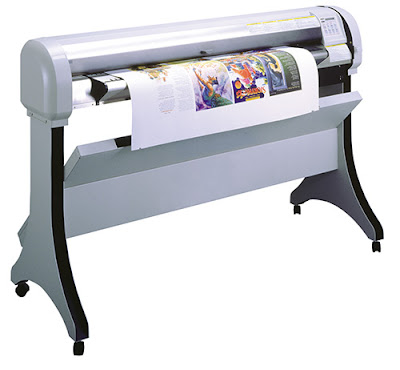 In the case of an inkjet printer, the clue to this misuse of dpi to wrongly mean resolution is revealed with asymmetrical dpi specifications. So, an inkjet proofer that has the specification that says it prints at 2880 x 1440 dpi does not mean that the resolution is finer, or that the droplets of ink are finer in one direction. Instead it simply means that the paper is moved more slowly in one direction - i.e. the addressability is changed - while the physical size of the droplet of ink, and hence its resolution remains the same. 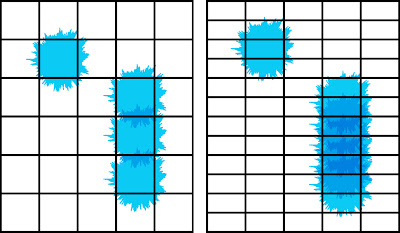 On the left a symmetrical inkjet addressability grid (600 x 600 dpi). On the right the same printer set at 1200 x 600 dpi. The addressability has changed but not the size of the cyan droplet of ink and therefore the actual resolution of the device remains the same.
In any case, the actual size of the mark the droplet of ink makes on the paper is unknown. For a 600 or 1440 "dpi" ink jet printer it most certainly is not 1/600ths or 1/1440th of an inch in size. As a result, with some inkjet printers, reference is sometimes made to "picoliters" in addition to dpi when the resolution of the device is described in the specifications. A picoliter is a unit of fluid volume. A lower minimum ink volume tends to yield a smaller minimum droplet size of ink allowing more dots of ink to be in the same area thereby yielding higher actual resolution. While picoliter is a better indicator of the relative size of the splat of ink on the paper it is still a unit of volume and not area. So it suggests a difference in resolution but doesn't actually specify it. 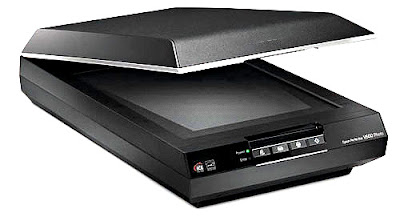 An image scanner—often abbreviated to just scanner—is a device that optically scans images, printed text, handwriting, or an object, and converts it to a digital image. The resolution of Digital images is usually expressed as dots per inch or pixels per inch. As a result the resolution of scanners is often expressed in terms of dpi (and sometimes "ppi" pixels per inch). The more accurate description is "spi" which stands for "samples per inch" since scanners sample the document they are scanning.

A related issue with defining scanner resolution is that manufacturers typically refer to the scanner's interpolated resolution - which is a software upsampling algorithm method to increase the pixel density - instead of using the scanner's true optical resolution. If the scanner's dpi is asymmetrical (e.g. 600 x 2400 dpi) then the smaller number usually indicates the particular number of individual samples that are taken in the space of one linear inch while the larger number is the interpolated samples.

Once an image has been digitized, either via scanning or captured with a digital camera, it is in the form of a raster image made up of pixels (picture elements). In graphic arts usage the pixels are typically square in shape and 8-bits (256 grey levels) in depth per channel (greyscale = one channel, RGB = three channels, CMYK = four channels).

Because pixels are generally thought of as the smallest single component of a digital image, the more pixels that are used to represent an image, the closer the result can resemble the original.

As ppi, a.k.a. "dpi", increases so does the amount of image detail that can be rendered creating the impression of greater apparent resolution.
Pixel counts can be expressed as a single number, e.g. an image at 100% reproduction size being 300 "dpi", or as in a "three-megapixel" digital camera, which has a nominal three million pixels, or as a pair of numbers, as in a "640 by 480 display", which has 640 pixels from side to side and 480 from top to bottom (as in a VGA display), and therefore has a total number of 640 × 480 = 307,200 pixels or 0.3 megapixels.
Again, the measures dots per inch (dpi) and pixels per inch (ppi) are sometimes used interchangeably, but have distinct meanings, and although dpi is often used to refer to digital image resolution the proper term is "ppi" - pixels per inch.
Posted by Gordon Pritchard at 5:48 PM