The Wayback View – My 25th Anniversary with the Apple Macintosh

Twenty-five years ago this week I bought my first Macintosh. 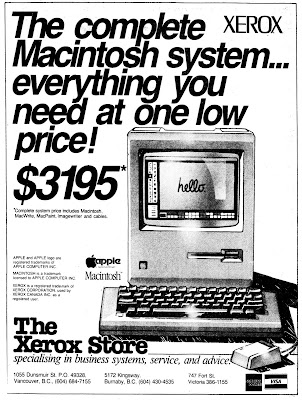 (click on image to enlarge)
Normal computer stores wouldn't carry it. The salesman at the Xerox store discouraged me and tried to sway me into buying a "conventional" computer – but I bought the MAC anyway. $3195 was a lot of money in 1984 when the average annual wage was around $17,000. I was a freelance commercial artist at the time and mostly used it for wordsmithing and accounting (there were no page layout programs back then). In the fall of 1984 I bought a "Thunderscan" which converted my Imagewriter dot matrix printer into a one bit scanner. 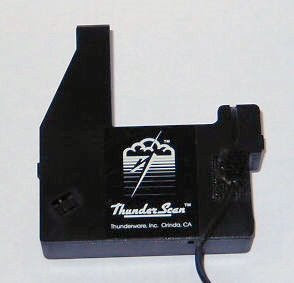 BOOM! Now MacPaint became really useful in my work. I began using its scans in my design projects. Here's a brochure I did for Quebecor/Ronalds Printing using Thunderscan images for the illustrations (click image to enlarge): 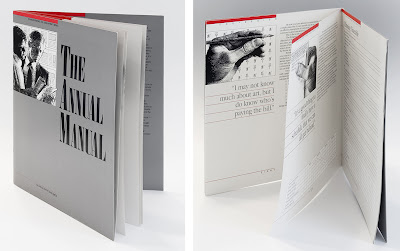 A close-up of MacPaint with one of the illustration scans used in the Quebecor brochure: 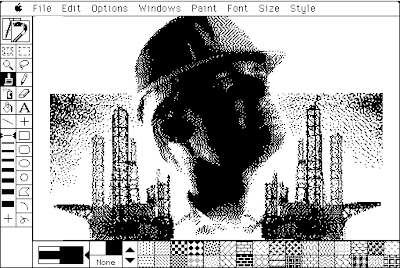 By 1985, with the introduction of the Apple Laserwriter, I could leverage the extra output resolution and quality to combine Thunderscan images with in-camera film-based special effects to produce images like this one which was used in a MacDonald Dettwiler corporate brochure: 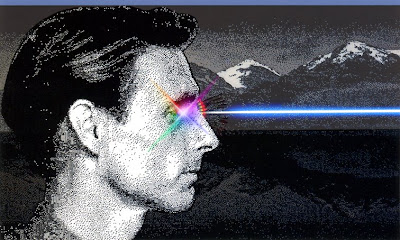 When Microsoft Word for the MAC came out in 1985, a company called "Set and Send" in Vancouver introduced some software that allowed Word documents to drive a Compugraphic imager. This allowed me to set my own galley type – at $12 per foot of type, one text column wide and ready for paste-up. Of course I had to learn the Compugraphic formatting codes - however this innovation allowed me to eliminate outside typesetting services which was where the real profits in production occurred.

For me, this was the beginning of desktop publishing since I could create the entire document – on my desktop – with final press printed results that couldn't be distinguished from one created conventionally.

Later, in July 1985, Aldus Pagemaker was released and the rest, as they say, is history.
Posted by Gordon Pritchard at 3:07 PM